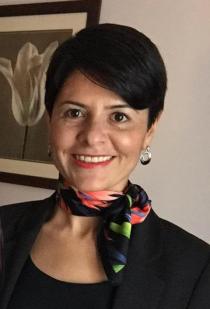 Ebru Kaya is a Professor of science education at Bogazici University, Turkey. She is also an Honorary Research Fellow in the Department of Education at University of Oxford, UK. Dr. Kaya received her PhD from Middle East Technical University, Turkey in 2011. She was a visiting scholar at University of Bristol, UK in 2009 and at National Taiwan Normal University, Taiwan in 2016 and 2017. Her research interests include argumentation and nature of science in science education.  Dr. Kaya is the recipient of the Young Scientist Award from The Science Academy in Turkey in 2015; the Outstanding Paper Award from East-Asian Association for Science Education (EASE) in Japan in 2016; and the Young Scientist Award from TUBITAK (Turkish Scientific and Technological Research Council) in 2017. Dr. Kaya has participated in research projects funded by TUBITAK and NARST, and conducted professional development workshops for science teachers in Turkey, Rwanda, Lebanon, and Taiwan. She served as a board member in Turkish Science Education and Research Association from 2012 to 2014, and a committee member in NARST Outstanding Paper Award Committee from 2013 to 2015. She currently serves as the Nature of Science Strand Co-coordinator for ESERA. Dr. Kaya is a reviewer for numerous journals including International Journal of Science Education and Science & Education. Dr. Kaya has been the Principal Investigator of the projects entitled “Nature of Science in Science Teacher Education: A Comparative Research and Development Project”, “University Students’ Understanding of Reconceptualized Family Resemblance Approach to Nature of Science: A Case Study”, and “Integration of Reconceptualized Family Resemblance Approach to Nature of Science in 5th Grade Science Content” funded by Bogazici University Research Fund. She is the co-author of the book “Transforming Teacher Education through the Epistemic Core of Chemistry: Empirical Evidence and Practical Strategies” published by Springer.